There is a school shooting every 8 school days

Someone is shot every 60 seconds

Annual tracking of shootings on K-12 school property or school bus resulting in firearm-related injuries or deaths.
Parameters: A firearm was discharge; any individual, other than the perpetrator, had a bullet wound as a result; occurred while school is in session or during a school sponsored event.

We examined Active Shooter Incidents at K-12 Schools from 1985-Present, where shots were fired.
An active shooter is an individual actively engaged in killing or attempting to kill people in a populated area.

Out of the 112 selected K-12 Active Shooter Incidents Studied:

The average duration of incidents (without hostages) = 8 minutes

During that time, someone is shot every 60 seconds on average.

Source: Riedman, David, and Desmond O’Neill. “CHDS – K-12 School Shooting Database.” Center for Homeland Defense and Security www.chds.us/ssdb
Incident durations not included in the source material was further researched by the NSSPA. The duration of the incidents studied are an approximation based upon individual analysis and research.

Additional results from the 2020 NSSPA Study:

Location
Inside Building – 80%
Outside on school property – 20%

November 14th, 2017. Rancho Tehama Elementary. Shooter was prevented from entering the school due to a lockdown, so he fired at the windows and doors of the building, wounding five children.

April 20, 1999. Columbine High School. Attackers shot out the doors at the west entrance. 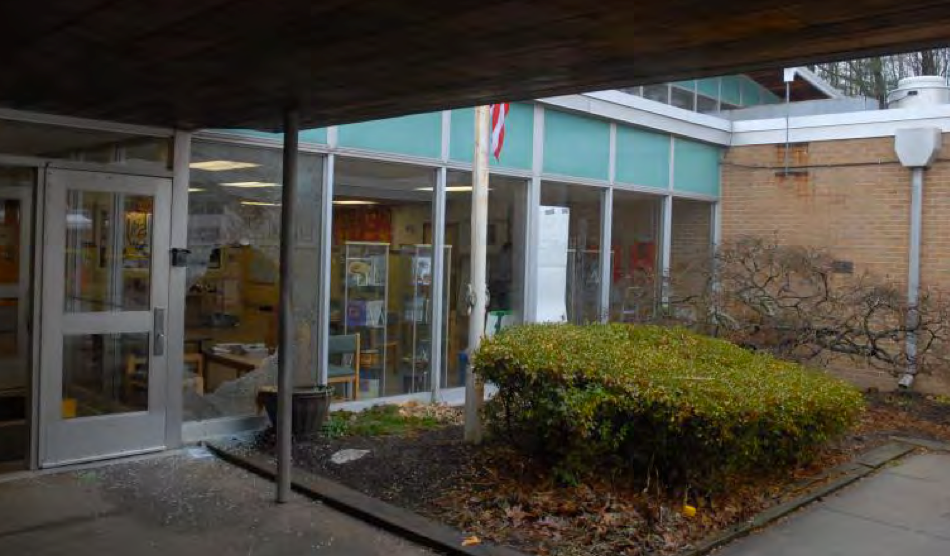 May 18, 2018. Santa Fe High School. The suspect in the Texas school shooting began his attack by firing a shotgun through an art classroom door, shattering a glass pane and sending panicked students to the entryway to block him from getting inside

April 20, 2018. Forest High School. Shooter (former student) fired a shotgun into the bottom of a classroom door striking another student with fragments in the foot.

Since 1985, there have been 33 documented attacks where shooters have forced their way through *Life Openings to shoot and kill victims.
*Life Opening is the entire door- includes door, lock, hinges, frame, glass, vision lite kit, adhesives, and sidelights

Shooting Through Windows From Exterior

April 10, 2007. Spring Water Trail High School. Fired shot at the school from 150 yards away.
10 students were injured by broken glass when bullets struck the classroom windows

March 22, 2001. Granite Hills High School.  Fired shotgun and .22 rounds at the windows of the building. 4 students were injured by broken glass

February 8, 1996. Mid-Peninsula High School. 16 year lured people on to court by throwing money, shot into group.  Shot several bullets into nearby classroom then shot himself.

In the 112 incidents studies, SRO intervention decreased the duration of incident from 8 minutes to 2 minutes on average.

December 6, 1999. Fort Gibson Middle School. Shooter fired shots at the crowd outside of the school, tackled by SRO and teacher.

March 22, 2001. Granite Hills High School. Shooter stood outside of school and fired shotgun and .22 rounds at the windows of the building. 4 students were injured by broken glass. A police officer assigned to the school fired at the shooter and arrested him.

August 30, 2006. Orange High School. Shooter fired shots with a semiautomatic rifle at the school building and at students standing outside the building, wounding two students. A school resource officer arrested him when his rifle jammed. Duration of incident was 2 minutes.

August 30, 2010. Sullivan Central High School. 62 year old Vietnam Veteran drove to school where his was a janitor. He entered the school, and pointed a .380 caliber pistol at a student.  Shooter had second loaded handgun with him. The school resource officer pulled her weapon and pointed it at the suspect. For approximately an hour, there was a standoff with both the shooter and the SRO pointing weapons at each other. Two other deputies soon arrived and cornered the shooter. He was eventually shot and killed by police after refusing to drop his weapon.

September 21, 2010. Socastee High School. Shooter was a 15 year old male, former student, who was not known to school officials. Shooter fired a handgun in the SRO’s office when SRO attempted to search his bag. SRO was burned by the gun firing but was not shot. He was able to wrestle the gun away from the shooter. Shooter also had two pipe bombs in his bag. Duration of incident was 2 minutes.

February 28, 2018. Dalton High School. Shooter was a teacher at the school. He barricaded himself in his classroom and did not let students in. When the principal tried to unlock the door, the shooter told him he had a gun and shot out of the window. No one was shot. The SRO engaged the shooter and convinced him to turn himself in.

March 20, 2018. Great Mills High School. Deputy Blaine Gaskill of the St. Mary’s County Sheriff’s Office is credited with stopping a shooting that left two students wounded. Deputy Gaskill fired one shot after running a distance to confront the shooter. This was his first year as the school SRO. He is also a swat team operator.

May 16, 2018. Dixon High School. Shooter fired several shots near the gym, where seniors were engaged in a graduation walk-through. Shooter ran out and was confronted by the SRO (Dixon Police Officer Mark Dallas). They exchanged shots, Shooter received non-lethal wounds and was apprehended.

May 18, 2018. Santa Fe High School. SRO John Barnes was shot in the arm during the active shooter incident. He was the first person to engage the shooter which left 10 people dead.